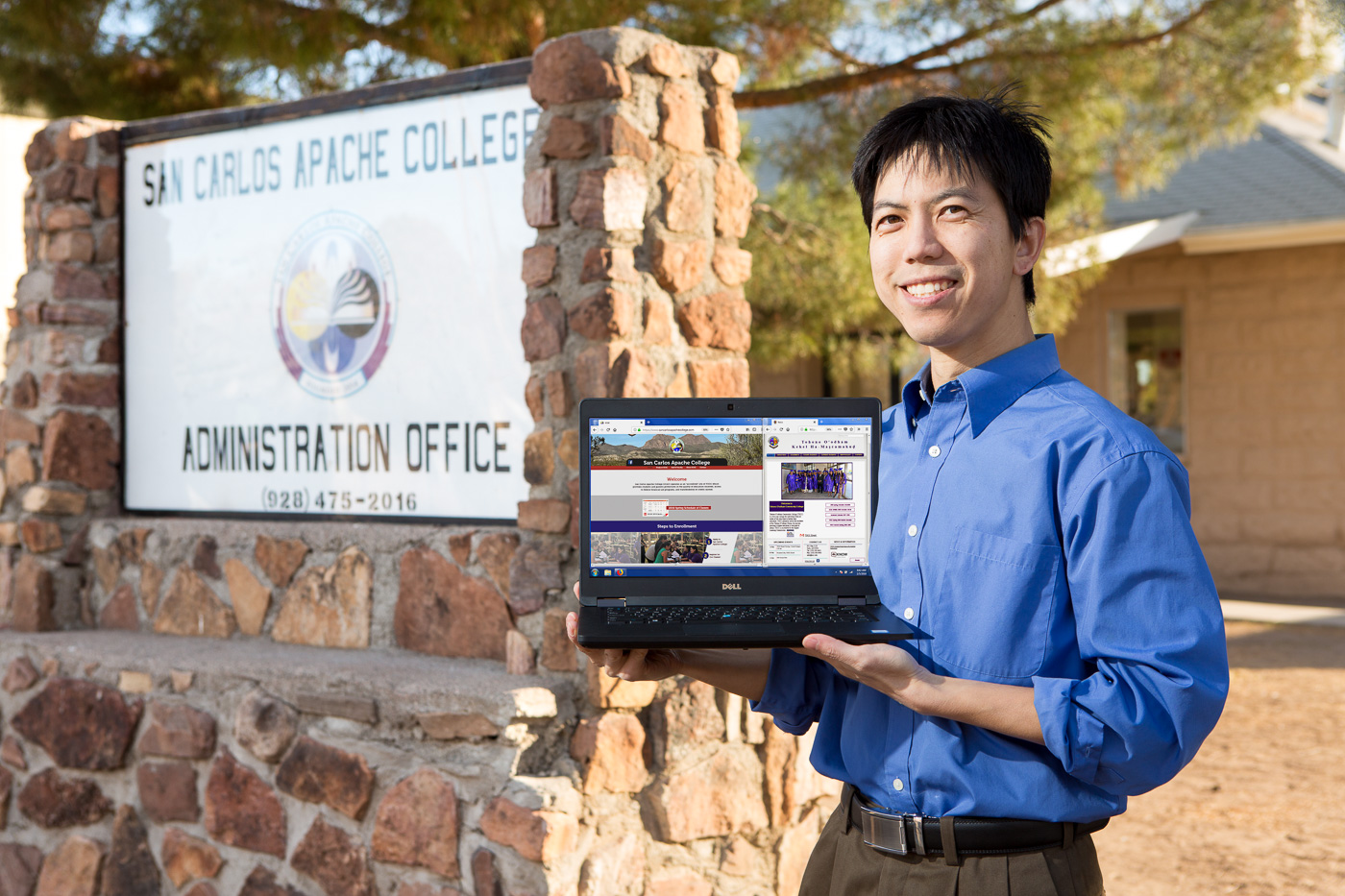 Kenneth Chan is the Information Technology (IT) Officer for San Carlos Apache College (SCAC). He is tasked with enhancing the College’s IT infrastructure, capacities, and services, including outfitting classrooms and key facilities with high-speed Internet connections and video conferencing capabilities. He also employs his skills in technology, communications, and photography to manage the College’s social media platforms and website. Kenneth earned his Bachelor’s degree in Computer Science from Stanford University and a Master’s Degree in IT Management from Western Governors University.

Kenneth has taught CIS 100 Introduction to Computers at the College, a class that he describes as “auto shop for computers.” It is a perfect first course for students interested in developing their own technology skills, with opportunities to build hands-on job experience as a student technician for the College. Another course Kenneth teaches is CIS 127 Programming and Problem-Solving, which trains students in the science and art of computational thinking by building the artificial intelligence for characters in a computer game, designing gameplay mechanics, and exploring web development. During his time at SCAC, he completed professional certifications in Google IT Support and Google IT Automation with Python through Coursera, and also became a Certified Associate in Project Management (CAPM) through the Project Management Institute (PMI).

He previously served as the Admissions Officer of the San Carlos Training Institute, a vocational school in mining and construction, established in partnership between the San Carlos Apache Tribe and Freeport-McMoRan, a leading international mining company headquartered in Phoenix, Arizona. He has also taught photography and Photoshop art classes for Gila Community College / Eastern Arizona College, and helped to mentor the Globe High School robotics team to their first world championship tournament.

Prior to working for Apache College, Kenneth was the Multimedia Services Manager at Stanford University and has also been a professional photographer for for over ten years. You can check out some of his work on his Facebook photography page. He has also enjoyed learning the Apache language (Nnee Biyáti’) through classes like APA101 at SCAC! He has currently relocated back to the San Francisco Bay Area to be closer to family, while continuing to serve remotely as IT Officer for Apache College.